Rare species of Rhododendron rediscovered in Bhutan after 84 years

The Flora of Bhutan describes a total of 46 species out of which 45 are known to be occurring in Bhutan. The book describes Rhododendron pogonophyllum as a rare endemic plant to Bhutan. Subsequent publication of the book “Plants Endemic to Bhutan Himalaya” by the National Biodiversity Centre (NBC) published in 2015 listed it as one of the endemic plant species found in the country with a herbarium specimen as an evidence. “Wild Rhododendrons of Bhutan”, a book by Rebecca Pradhan in 1999 has photos of the Rhododendrons found in Bhutan including R. pogonophyllum with descriptions of its flower, leaf, flowering time, habitat, altitude, distribution and with a remark stating as an endemic and rare plant species not seen since 1937, but without any picture. The book reports a total of 46 Rhododendron species in Bhutan. 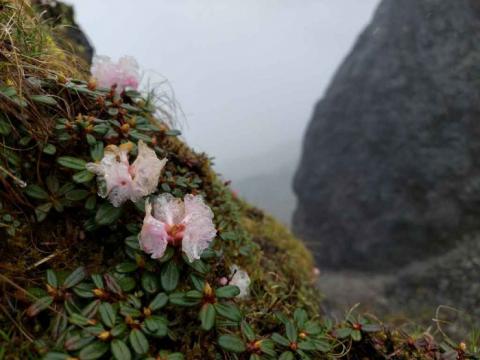